How to fight fraud and save up to 30% on your mobile advertising invoice?

Recent studies have found that mobile marketing fraud represents between 20% and 30% of the global mobile inventory, whose cost could amount up to $1 billion to advertisers this year. The mobile economy is still young and uncontrolled, leaving space for more dishonest individuals to find ways to cheat the system and make money though fraudulent means. There are two main tactics used to commit fraud: offering fake traffic carried by bots or install farms, or offering low quality traffic at a premium rate.

How can you detect fraud and reduce your mobile advertising invoice? 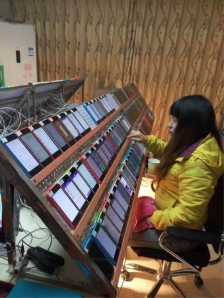 Fake traffic comes from an application, which sends false data on impressions, clicks or installations to the ad SDK. The app developer integrates an extra code line or uses bot farms that automate large volumes of clicks & installs. This kind of fraud can be organized by one publisher (one sub source) among an ad network inventory, one affiliate among an affiliate networks, or the affiliate network itself.

Most of the time, fake traffic is created by software, however there are human farms with low-wage workers manually operating clicks and installs.

The other common mobile marketing fraud practice is selling low quality traffic at a premium price. For example, blending incentivized traffic with non-incentivized traffic. You think you’re paying for high quality traffic, but you get low quality traffic. As another example, you intend at buying traffic from “Tier 1” country (USA, EU5, Japan etc.) but you actually get traffic from Vietnam or Philippines. These kinds of mobile marketing fraud are more difficult to notice, especially when they are mixed into high quality traffic, but they are widely used. They consist in hiding real IP addresses thanks to VPN (Virtual private networks).

Fraud can amount up to 30% of your mobile advertising invoice! It is more common with affiliate networks rather than established global advertising networks, however one thing is sure: even the most qualitative acquisition source is not immune from having a fraudulent application in its inventory. Very little is done to fight fraud. Ad networks, agencies and advertisers are not technically equipped for fraud detection. In the end, after each intermediate has carved out their slice of the pie, beware that the advertiser is the one who pays the bill.

Data collected through your tracking tool (Adjust, Appsflyer, Tune, Kochava) makes it possible to identify suspicious traffic. For example, if you detect one of the following inconsistencies for a significant number of installations (200+), it usually reflects fraud:

In case of fraud suspicion, it is necessary to reveal the inconsistencies to the partner (affiliate network or ad network) and quickly cut the acquisition sources or sub-sources that seem suspicious while refusing to pay for fraudulent traffic.

Today mobile user acquisition fraud is a global scale phenomenon that has a significant impact on profitability of your campaigns. Identifying fraud requires sophisticated algorithms, to analyse large-scale data and detect suspicious behaviour. There are a few emerging fraud detection technologies on the market (Mobupps, AdTheorent). At Addict Mobile we have developed efficient fraud detection algorithms right from the start of the company, because we believe our clients should not pay for fraud. For instance, our algorithm has saved up to 30% of Prisma Press’ invoice in April of 2015.